Latamdate: 4 Misconceptions that Keep You from Achieving Peace of Mind

Many masters of Zen who achieved peace of mind have been teaching the art of living a more peaceful life.

But their words got misinterpreted and put to practice in a wrong way and it resulted in major misconceptions.

To this very day, numerous people have lived by certain rules they thought would bring them closer to achieving peace of mind. In reality, however, they are only distancing themselves further away from achieving Zen.

In the words of great rapper Kanye West, “Having money is not everything — not having it is.” While West himself is no stranger to getting huge paychecks (his net worth is estimated at $160 million), he does speak the truth.

Many people still think that material possessions – fancy shoes, cars, 10-bedroom mansions – are the ultimate sources of happiness and the more you have it the more happy you are. 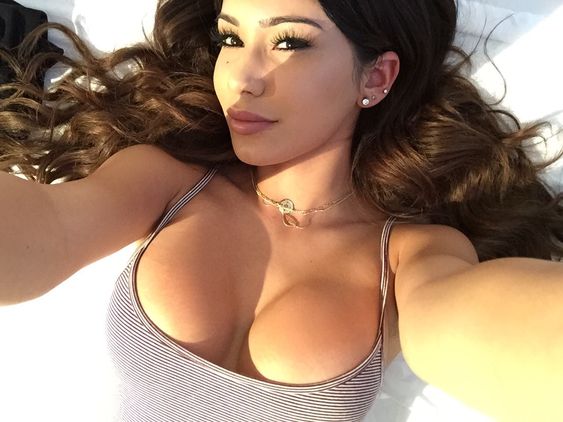 If you make money the center of your life, you’ll most probably have no personal life.

In fact, spending sleepless nights at office trying to make more $$$ will not only play a cruel joke on your health (not that muchof a happy life when your lower back hurts, is it?), but also leave you no time to do the things that make you happy.

Not doing the things you’re passionate about is counter-productive when trying to achieve peace of mind.

I know what you’re thinking right now, “Yeah, right, give me all that wealth so that I could disprove your theory.”

Nobody is saying that being able to afford fancy things doesn’t feel good, but it’s never enough to let happiness feed off it.

Think about it this way: you can probably easily afford a new iPhone 8, but a regular 14-year-old can’t.

In his thinking, owning an iPhone 8 is the epitome of happiness. You, on the other hand, know that it’s nothing.

“But owning an iPhone 8 isn’t such a big deal in this world,” you may say.

True, but as you move up the wealth staircase to the point when you drive Lamborghinis and buy mansions all over California, you’ll realize that those material possessions and properties are just the same as owning an iPhone.

Feels good, but not the epitome of peaceful life.

Exercise and Breathe and You’ll be Fine

Sure, regular physical activity and proper breathing are vital to have a healthier mind, but they alone won’t get you far in your achieving peace of mind efforts.

Even if you don’t let negative thoughts interrupt your 1-hour jogging session or you clear your mind for 30 minutes while doing yoga, if you’re feeling all that anxiety, depression, frustration and anger for the rest of your day, don’t expect your mind to go, “Oh, hell, that 30-minute yoga session has brought so much peace!” Whenever someone hears the “distract yourself” advice from Zen masters, they think – reading books, traveling, mastering a hobby.

But many also think that watching TV and playing videogames will do the trick as well. Well, guess what – it may only make things worse.

Media consumption has long been known to affect your mental state, mostly in a negative way.

You know how it feels. You watch 30 minutes of news on TV after getting back from work, and it’s mostly negative stuff: people are dying in wars, natural disasters and car accidents.

The economy is dipping. People lose jobs. You cannot but think, “Is this going to affect me? Am I the next?”

Then you watch some thriller/horror movie and end up feeling restless for a few hours while trying to get yourself to sleep.

A 2015 study showed that watching television causes the feelings of loneliness and depression.

Playing videogames – though many claim is harmless – can do just as much harm. If you’re playing an online video game, you’ll most likely get insulted by other players.

You get into an online fight, and that fight is pointless and endless yet you engage in it. Those fights can be exhaustive.

Making mistakes is just as natural and inevitable as feeling hunger.

No matter how much food you shove into yourself at breakfast, you’ll be hungry again in a few hours.

The same happens with making mistakes. No matter how hard you punish yourself for past mistakes, you’ll inevitably make new ones.

And if you believe that making mistakes is “wrong,” you’ll never achieve peace of mind. Instead, perceive mistakes as valuable lessons that help you become a better version of you.

With each mistake, you’re becoming a better person, but only if you have the right attitude towards it. You need to open your mind and choose to learn from your past failures.